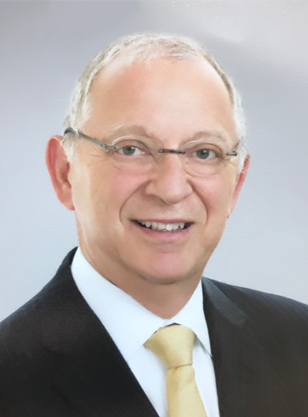 Ruben J. Krisztal is considered to be a leading pioneer in the field of nursing home abuse litigation and is widely regarded as a top attorney. During his career spanning over 40 years, Ruben has obtained many multimillion-dollar settlements and verdicts.

Ruben has always believed we should serve as guardians of our elderly. We must, or we have failed as a society.

In pursuing professional negligence cases for the abuse and neglect of residents, Ruben is a teacher and advocate for his clients, their families and anyone involved in his cases. Of major significance in these types of cases, is the value of human life.  Ruben has spent a great deal of time educating others that the rights of the elderly matter. Elderly members of our community deserve our protection and attention. Their lives matter. If a defendant was negligent and caused or contributed to an elder’s death, they should be held responsible.

Ruben aspired to be an attorney since childhood in Buenos Aires, Argentina. After watching  E.G. Marshall in “The Defenders”, as a young person, he decided that he wanted to pursue a career as an attorney.

Ruben immigrated to the United States with his family in 1967. In so doing, he overcame many obstacles, including learning a new language. In the early 1980s, nursing home litigation was almost non-existent. Ruben decided to pursue claims on behalf of the elderly because he believed they were entitled to the same legal rights and protections as others. He was told by prominent attorneys in Kansas City that in pursuing nursing home claims for the elderly, he would be spinning his wheels. They stated that the costs involved would be significant and damages would be hard to prove based on the fact that there was minimal life expectancy and lost wages.

Ruben has been married for over 45 years to the love of his life. He has 3 children and 2 beautiful grandchildren. His family has always been a priority for him and explains in part, his devotion to the area of law he has emphasized for over 40 years.

Ruben has been an avid soccer fan since he was a small child. He continues his love for the game and still plays soccer at times.

A passionate advocate for human rights, Ruben not only played a large part in organizing and promoting the Nursing Home Litigation Group of the American Association for Justice, then known as American Trial Lawyers Association, he also served as chair of the group on four separate terms.

Ruben has practiced Nursing Home Litigation since 1984 and practiced law as a private attorney in Kansas from 1977 until he joined Wilkes & McHugh in 2007, where he remained until June 2018, when he returned to the Kansas City Metropolitan area.

Ruben is A/V-Rated by Martindale-Hubbell and has been listed in Martindale-Hubbell’s Bar Register of Preeminent Lawyers since 1998.  Mr. Krisztal is also a member of the Million Dollar Advocate Forum and a recipient of the 2001, “Dedication to Excellence” award from a national continuing legal education program.

He was also President of the Kansas Trial Lawyers Association.

Under Graduate (1973)  and Juris Doctorate Degree, (1976) University of Missouri at Kansas City.

Ruben is a Board Certified Civil Trial Attorney by the National Board of Legal Specialty Certification (NBLSC) (NBTA) (1996).

He has handled cases in multiple states throughout the nation, including,  Arizona, Colorado, Iowa, Kansas, Missouri, New Jersey, Oklahoma, Pennsylvania, Virginia, and Wyoming.