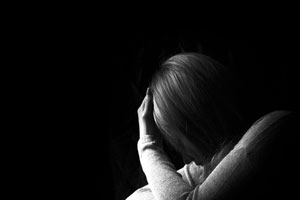 Statistically, we know that approximately 433,648 people 12 years of age or older are sexually assaulted in the United States every year. According to RAINN (Rape, Abuse and Incest National Network), the largest anti-sexual violence organization in the United States, an American is sexually assaulted every 73 seconds. Unfortunately, only 5 out of every 1,000 sexual perpetrators will ever end up behind bars for their crime. The Kansas City Sexual Assault Lawyers at Smith & Mohlman are appalled at those numbers, which is why they fight have been fighting so hard, since 2005.

Although sexual assault can be criminally prosecuted and punished by jail time, this will not help the victim of an assault. Individuals who have suffered a sexual assault have the right to bring civil charges against their perpetrator completely independent of criminal charges. At Smith Mohlman Injury Law, LLC, our staff of compassionate Kansas City personal injury attorneys will hold your perpetrator accountable for the injuries and mental anguish you have sustained in the assault and ensure that you get compensated fairly for your suffering.

How Do Criminal Sexual Assault Proceedings Differ From Civil Proceedings?

In a criminal prosecution of sexual assault, the prosecutor must deliver evidence that the crime was committed beyond a reasonable doubt. This is a high burden of proof. If the prosecution is successful, the defendant will be convicted and penalized. Those penalties can include fines, imprisonment, and registration as a sex offender.

Even while the victim is often required to testify, a criminal conviction will do nothing to compensate him or her for the devastation of the sexual assault or the harm that was caused. Criminal cases are focused on the punishment of the offender, not the healing of the victim.

In a civil case, the lawsuit against the defendant will be for the harm that was caused to the victim, depending on the circumstances. The burden of proof is lower than “beyond a reasonable doubt.” Although there is no civil action for sexual assault, there are others that may be available such as assault and battery, false imprisonment, the intentional infliction of emotional distress, or even the negligent infliction of emotional distress if witnesses or bystanders failed to intervene.

There may also be the opportunity to bring a claim against a third party that had some responsibility in the assault such as a hotel or nightclub that lacked proper security or an employer that failed to properly screen employees. A skilled Kansas City sexual assault lawyer will look at all the factors surrounding the case and will help determine the best course of action for a claim.

What Can Financial Compensation Do For a Sexual Assault Survivor?

According to NSVRC (National Sexual Violence Resource Center,) “nearly 1 in 5 women (18.3%) and 1 in 71 men (1.4%) in the United States have been raped at some time in their lives.” Our attorneys Rachel Smith and Michael Mohlman understand how common assault is and will help in any way we can. Although financial compensation can never make up for a physically and emotionally devastating sexual assault, it can help a victim cover expenses for their losses as well as find some sense of justice.

Some injuries and losses sustained in a sexual assault can include:

Financial compensation can pay for these damages in the way of medical costs, emergency treatment, psychological or psychiatric care, and loss of wages as well as provide compensation for pain and suffering and emotional distress. In many cases, an assault victim can obtain punitive damages as well.

For those who survive a sexual assault, the physical and emotional scars can last a lifetime. At Smith Mohlman Injury Law, LLC, our caring and compassionate Kansas City sexual assault lawyers are there for you. We understand the sensitivity of this time and we can help provide the legal assistance you need after a devastating sexual assault. We offer a no-cost confidential consultation so we can discuss your case and your options under the law. You pay no legal fees unless we recover compensation for you. Contact our Kansas City Sexual Assault Lawyers today to get the help that you need!